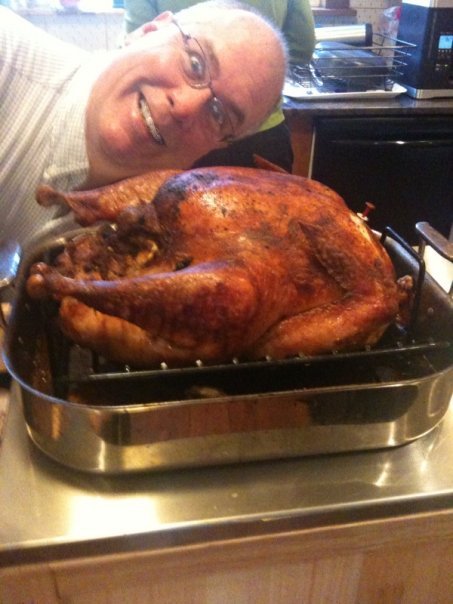 The other day I related an observation a client and I cooked up about getting one’s ducks in a row. Baby ducks line up easily, but they don’t fly. Cute little aphorism, eh? There’s a growing awareness in the business world about taking too much effort to prepare, to make sure that everything is perfect, before launching a venture.  Forbes magazine ran an article on the subject a few months ago.

I am interested in why many people I have known (alright, have been) have, at various times in their lives, fallen into the trap of getting The Big Idea and having it become The Big Plan, with endless iterations, simulations, provisos and contingencies, but no actual movement. The Big Idea becomes  the Big Plan, and that becomes, over time,  Vague Memory.

My brand new  Turducken Model of Inactive Planning works like this:

But, see, the Duck doesn’t stuff so easily,  because, unbeknownst to the IIP, the Saboteur has stuffed the Duck full of Chicken! That’s right. The ducks, in this case, (you’ll notice I added the “s” back in.) aren’t being lined up in a row. They are concealing the chicken, that lies at the heart of this whole sad IIP/Saboteur drama. So…the duck is too stiff and bloated to fit into the turkey, the IIP gets exhausted (see, in the REAL Turducken, you BONE the birds to make it possible to stuff them inside each other!) So nothing happens. So, maybe the IIP realises: “Duh! I gotta bone these birds to make this work!” The IIP, so enamored with having solved the problem of stuffing the turkey with the duck, doesn’t stop to consider the lurking chicken, but instead embarks on a knife wielding rampage, deboning with abandon. Well, bones provide the strength, the substance….And the IIP ends up with a big flabby mess, and maybe a seriously cut finger, or a huge mess of deboned idea, bloated duck, and lurking chicken. (I am not a real fan of Turducken, you see.) 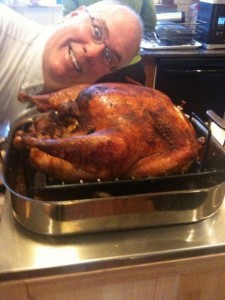 Alright. This blog post isn’t perfect. But hopefully it will provide  a bit of food for thought to go with all the yummy stuff you may plan to eat this week.  Happy Thanksgiving.